The Field of Anaesthesiology as a Clinical Specialist discipline is mirrored by the changing attitudes to the Teaching and Training in the field as part of medical education.

In the traditional British medical undergraduate curriculum (significantly influential in Malaysian medical schools) the “Anaesthetic Posting” is usually listed as a “Short Posting” of 2-4 weeks duration. This posting for medical undergraduates was geared towards the principles in the basics of how to give gas to a patient requiring a painful operative procedure; the first such painful procedure (a dental extraction) performed under a gaseous inhalational agent was recorded in world literature on 16th October, 1846.

The “anaesthesia” was intended to make the patient unconscious of the pain involved. It was administered by the dental surgeon. The historic moment was a disastrous beginning - the operative pain was unbearable and “anaesthesia” was booed off (there was an audience in attendance) as a show, as a bogus. Over the years that followed the efficiency of the anaesthetic agents improved and general anaesthesia achieved the aims of pain relief (analgesia), unawareness (unconsciousness) and relaxation (in the operative field).

The scrambling nature of the beginnings of anaesthesia implanted in the minds of everyone that anyone could give “gas” as an assistance to enable surgeons to perform painful procedures. The “anaesthetist” was looked upon as a provider of a service. The importance of Airway Patency during unconsciousness (patient under general anaesthesia) extended the anaesthetist’s function to include a vital contributory role in Resuscitation (Acute unconsciousness) and Intensive Care (prolonged unconsciousness). Pain Relief further developed as for Acute Pain (Post operative Analgesia, Obstetric or Labour Analgesia, Sports Trauma Analgesia) and Chronic Pain (Cancer or Non-cancer origin) Analgesia.

The “Gas man” emerged from the confines of the operating theatres unmasked to become a Physician-based Critical Care Specialist.

Teaching in Anaesthesiology in Malaysia

The ‘short-posting” for anaesthesia in the traditional undergraduate curriculum was entrenched when the first academic department in Anaesthesiology was established in the first Medical Faculty (University Malaya) in 1965 in Malaysia/Singapore (the first academic department for Anaesthesiology in Singapore was established in 1985 – prior to this date short-posting in Anaesthesia was conducted by the Service Anaesthestic Unit/Department of the Government Service Hospitals).

The “short-posting” for Anaesthesia continued in the Department of Anaesthesiology in the first Teaching University Hospital, Kuala Lumpur which commenced full function in 1967. Anaesthesia posting was boring, irrelevant (no exams involved!) almost farcical for students. A personal survey conducted by the author (1968-1989) revealed that 37% of students were asleep during the lectures/tutorials.

The conclusion was that from the students’ point of view the short-posting was a waste of time, for all concerned or that the anaesthetic potency of the Lectures anaesthetised the audience! A minor revolution in the mind-set of the attitude towards the teaching of anaesthesia crept in. Teaching in Anaesthesia belongs to the Postgraduate arena and it is illogical, irrelevant, anachronistic and nonsensical to list Anaesthesia as a “short-posting” aiming to teach undergraduates the principles in the PRACTICE of Anaesthesia.

The advances in cardiopulmonary resuscitation (CPR) with the emphasis on the importance of the patency of the airway brought into focus the realization that the Anaesthetic Posting should be used to teach undergraduates the principles in Caring for the Unconscious, the Critically Ill. The Anaesthesiologist would be the logical teacher in this field – Critical Care.

The Anaesthesiologist induces unconsciousness using drugs/agents daily when administering general anaesthesia, ensures patency and protection of the airway (for oxygenation and carbon dioxide clearance while not allowing secretions or particulate material entry into the breathing passages and lungs). The Anaesthesiologist monitors and supports the vital systems (the Brain, Heart, Lungs, Liver and Kidney) while administering anaesthesia for invasive operative procedures. The Anaesthesiologist’s expertise in supporting the vital systems can be used to teach undergraduates the principles of how to Resuscitate the sudden or acute unconscious subject outside the operating theatre and the principles of how to support and care for the prolonged unconscious patient in the Intensive Care or High Dependency Wards.

Control and Relief of Pain has always been a basic function of the Anaesthesiologist and can be the platform for teaching undergraduates the principles of caring for the patient in acute pain (postoperative analgesia, obstetric analgesia, trauma analgesia).

The extension of the Anaesthesiologist’s roles in Caring for the Critically Ill, the unconscious has radically changed teaching in the short-posting for anaesthesia in the medical undergraduate curriculum. Anaesthesiology and Critical Care had evolved.

Anaesthetic training after World War II (from 1945) was basically a postgraduate clinical apprenticeship for medical officers “to give gas” for surgical operative procedures performed in the Ministry of Health (MOH) Service Hospitals. Surgical Housemanship training included learning endotracheal intubation and administering basic inhalational general anaesthesia. Very few medical officers (post-Housemanship) chose to take up Anaethesia as a Clinical Specialist career. This was the era when selected medical officers in the Government Service Hospitals were sent to England to sit for postgraduate degrees in the popular clinical disciplines (General Medicine, General Surgery and Obstetrics/Gynecology for the MRCP, FRCS and MRCOG degrees).

Anaesthesia was an unpopular clinical discipline because of its very technical beginnings - anyone who could pass a tube into the correct orifice or intubate the trachea was considered capable of giving gas. The surgical doctors underwent this technical training. Male paramedics were also trained to perform this task under the surgical doctor’s orders.

The unpopularity of Anaesthesia continued because most doctors in the country had graduated from Singapore where there was no academic anaesthetic department in the medical faculty of the only university (initially a Medical College, from 1905, which became a Medical Faculty when the University of Malaya in Singapore was established in 1949/50). The University of Malaya, Kuala Lumpur was established in 1962, and the first Medical Faculty was set up in 1962/63 initially with the various Non-Clinical Departments followed in 1964/65 by the Clinical Departments.

A landmark in anaesthetic undergraduate education via the first academic department commenced in Malaysia and Singapore with the establishment of such a department in the University of Malaya, KL on 1st June 1965. This was followed by the completion of the first University Teaching Hospital in 1967. The clinical experience / training continued in the Ministry of Health hospitals but Undergraduate Teaching and Education was conducted in the Medical Faculty, University of Malaya, K.L., e.g. for “Anaesthesia” via the inaugural academic Department of Anaesthesiology.

The short-posting minor discipline listing and programming continued. Attracting doctors to take up anaesthesiology as a career in the first medical school

The commencement of local postgraduate training (the 4 years Clinical Masters Degrees) for the local clinical specialization and certification in the mid-eighties dramatically changed the attitude towards the discipline of Anaesthesiology. Obstetrics/Gynaecology and Anaesthesiology were the 2 clinical fields which attracted the biggest numbers of medical officers from the Ministry of Health to follow the local Clinical Masters Degree course in the Universities (University of Malaya with its own teaching hospital), the National University of Malaysia followed by the University of Science Malaysia.

It was the establishing of the local Clinical Masters in Anaesthesiology that changed the Ministry of Health’s initial retrogressive plan in the late 1970’s to develop a paramedic programme to train technical “anaesthetists” (non-doctors) as an attempt to solve the chronic intractable problem of the unpopularity of Anaesthesia as a career choice for local doctors. It was a Back to the Future project resurrecting the servile beginnings of Anaesthesia for surgery. The commencing of the Clinical Specialist Masters programme was a Forward step to the Future.

Postgraduate teaching and training in Anaesthesiology brought in new concepts in the 1980’s and 1990’s, and opened up new awareness for the clinical contributory roles of the Anaesthesiologist. The changing image of the Anesthesiologist as a physician/surgical based clinical specialist playing a crucial role in the Team Management of the unconscious and the Critical Ill emerged. Anaesthesia for Surgery became Peri-Operative Care (Pre-Intra-and Post-Anaesthesia) essentially involved in patient-care safety and pain relief.

The Anaesthesiologist’s expertise in Airway support and Cardio-pulmonary resuscitation (CPR) contributed to the development of Resuscitation (Care of the acute unconscious). The Anaesthesiologist’s expertise in monitoring and supporting the vital systems (Mechanically and pharmacologically) led to the development of the concept of Intensive Care (caring for prolonged unconscious).

One can now appreciate how advances and changing concepts/attitudes in caring for the unconscious, the critically ill have influenced the listing (15th June 2009) of the Anaesthesiologist on the recently established National Specialist Register as under “Anaesthesiology and Critical Care”. Critical care can now be accepted as Peri-operative Care, Resuscitation, Intensive Care and Pain Relief. The masked mysterious doctor (some people still do not know he is a doctor!) has been unmasked and he/she is accepted as a Clinical Specialist who cares for the unconscious, for the critically ill.

* (This is Part I.  Part II will be uploaded after the next issue of Berita Anestesiologi comes out) 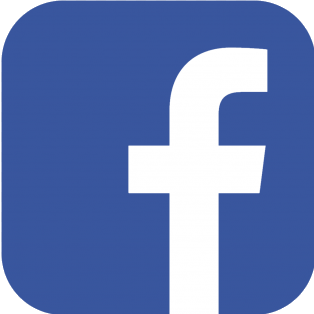 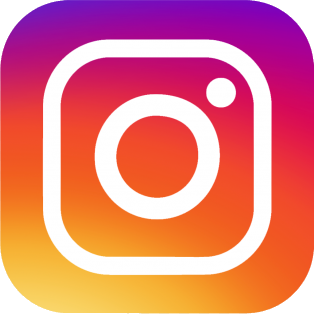